Every language has social as well as regional dialects, and the social variety includes professional argots whose special features may resort to vocabulary that is different from or not to be found in standard lexis. A well-known example from the languages of Europe and Asia is thieves’ argot, i. e., the special jargon developed by criminals in order to conceal the meaning of their utterances or written messages from the public and, more particularly, the police.

This kind of linguistic specialization can affect any level of a language, including the phonological and the syntactic. For instance, in Russian the language of mariners places the stress in the word kompas ‘compass’ on the second syllable, whereas the normative stress is on the initial. American weather forecasters on the radio habitually violate the cooccurrence rules of English grammar when they couch their predictions in terms of “a chance for showers/rain/snow, etc.” (instead of the normative postposition of after chance). In a similar vein, radio interviewers have developed fatuous formulas when transacting business with their interviewees like “help me/us understand” and “thanks for joining us,” some of which are locutions not to be heard in ordinary speech. Whatever the practical considerations that conspire to condition such innovations, stylistically they are to be judged as rebarbative and totally avoidable. 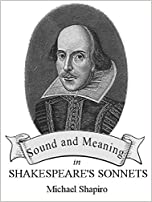 The Logic of Language: A Semiotic Study of Speech